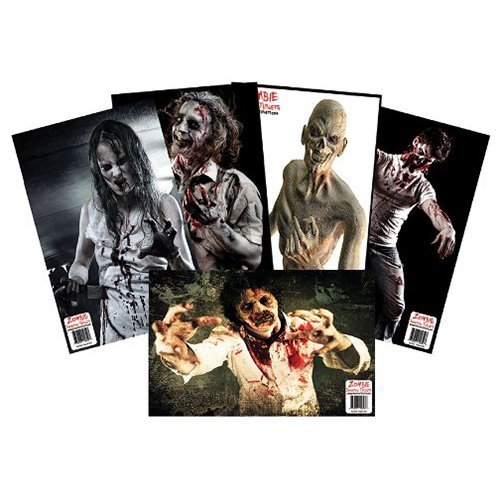 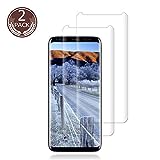 Recently, while responding to a reported Zombie Outbreak on the outskirts of Phoenix, we documented that this Outbreak was not the norm, they appeared to be working together to turn us into a Zombie buffet! As the minions of Undead advanced towards us, they huddled together to create a wall that was almost impossible to stop, one-by-one they kept tightening their ranks and just kept marching over the fallen infestation, this Outbreak was methodically attacking us! It became increasingly obvious that when Zombies start stacking up behind one another and you're faced with eliminating an entire pack of them... only head shots will do the trick, but shooting the bodies sure is fun too! Another industry-first.. the Outbreak Line of cardboard skeet holding Zombie targets. Use the individual Outbreak Silhouettes to set up a Zombie Apocalypse walk-through course and shoot like your life depends on it. Zombie Industries' Outbreak Zombie targets let you build your very own affordable Zombie Armageddon; get them all and unleash total annihilation today! 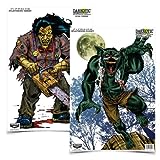 Darkotic Scar Tissue & Night Watch Targets Features: - Each hit on our splattering targets explodes in a white halo or neon green around the bullet hole, so you instantly know where you hit the target. Great for use with all firearms and calibers - Quantity: 8 targets (4 of each). 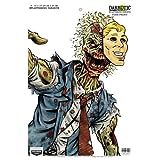 Are you tired of shooting the same old bull’s-eye or sight-in target? Try something fun, new and different on your next trip to the range with Birchwood Casey’s Narcotic Targets. Prepare for the invasion of the living dead, and make everyone at the range envious of your cool targets.