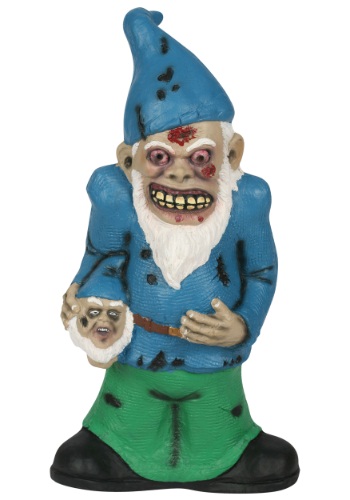 Gnomes are always such a fantastic addition to the garden. They're everywhere and they help protect all of your flowers. Recently however, something peculiar has been going on in everyone's gardens. These once super friendly little green thumb guys got into a few infected shrubs and now they always look a little...hungry. This one even started to eat one of his little buddies! Oh the humanity...or gnomanity! It's a zombie gnome outbreak! Add this Zombie Yard Gnome: Style A to your garden and he'll make sure that no bunnies or squirrels ruin your plants. ...
Buy Now It looks like you have been infected! There's no denying that you have the newest strain of the crippling virus where you get turned into a flesh eating zombie. Sorry bud! Well, you can always look on the bright side, your veins look way cooler than usual, Use this Possessed Veins Temporary Tattoo to become a sight that people wish they could unsee. Use it for a number of different frightening looks!