In the Land of the Blind (A Short Story) 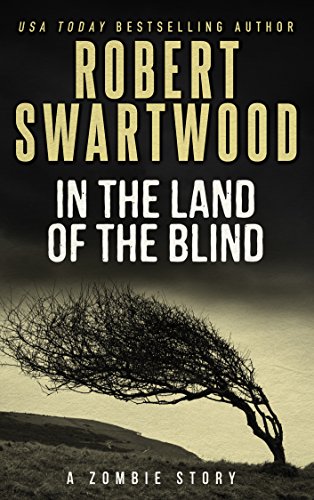 Like everyone else he knew, Steven’s heart did not beat. Instead it lay dead in his chest, as docile as his brain and his lungs and his soul. So when he first heard the faint beating sound coming from outside his bedroom window, he didn’t know what to think."In the Land of the Blind" is a 3,000-word nontraditional zombie story that won the 10th Annual Chiaroscuro Short Story Contest. It was also the inspiration for Robert Swartwood's thriller LAND OF THE DEAD. The prologue and first two chapters of LAND OF THE DEAD are ...
Buy Now

Nuclear holocaust, super volcano, asteroid impact, mega tsunami, alien invasion, zombie outbreak? Will the world end with a whimper or a bang? However it goes, W.H. Mumfrey will prepare you for what to expect when the world is ending, how to survive a litany of doomsday scenarios and how to rebuild the earth if you?re one of the survivors. This book covers such essential topics as: foraging for food, looting 101, barricades and fortifications for beginners, retro-technologies, dealing with cannibals, mutant identification, post-apocalyptic fashions, renovating your subterranean hideout, decoys and booby-traps for dummies, dating after doomsday, and more.

In the year 2007 an accident at a clandestine U.S. government facility in rural West Virginia releases several test subjects infected with a necrotic virus. Within weeks the U.S. military and the Department of Homeland Security are forced to declare the bulk of the state under quarantine. Defensive lines are fortified and nothing is allowed in or out, damning those missed in the short period of evacuations to a living hell and locking away the real truth of the virus’ creation. The government transfers the responsibility of maintaining the quarantine from the military to the Department of Homeland Security, which christens it “Area 187”. Suits and claims are dismissed under anti-terror legislation as the rest of government scrambles to cover their involvement in the original project, distancing themselves and their reelections. Seven years pass. Homeland Security enforces a total news blackout on all things Area 187, and as with other disasters before it the bulk of America is more than willing to move on. Conspiracies continue to thrive outside the now-immense defensive wall and fortifications, and mercenaries known as “grave robbers” regularly slip in and out of the Area, stealing valuables and taking contracts to bring back specific items for well-paying customers. Our story follows Josephine Terrell, a television reporter and John Heath, once an Air Force search-and-rescue team leader that escaped the Area after five years of fruitless searching for his wife, as they risk their lives from both the dead and the living inside Area 187 to rescue a group of survivors. Josephine is looking for the story of the century, one that will prove living, breathing Americans still await rescue inside the Area and that Homeland has been covering up their existence. Heath joins her mission after he sees what may be his wife, Eileen, in a video message from the survivors. Personal rivalries, government conspiracies and a simple man’s simple promise weave together with death incarnate to follow their every step as they make their way through a blasted, nightmarish landscape full of the hungering dead. But the peril offered by the mindless corpses behind the wall becomes second to the danger presented by the living beyond it…

"Through a combination of tight, well-structured plots and fully realized characters, Chesser has emerged as one of the top indie writers in the business."- Joe McKinney, two time Bram Stoker Award winner, and best-selling author of the Dead World series.62000 words. Approximately 250 pages.For Cade Grayson, husband, father, and former Delta Force operator, that one warm sunny Saturday in July—later to be labeled Z-Day by some anonymous person probably long dead—began like all the others before, and none since.With his daughter, Raven and wife, Brook, away visiting her parents in Myrtle Beach, South Carolina, Cade hopes his immediate future holds nothing but an easy chair, Mariners on the tube, and paring down a honey-do list a mile long.But those hopes were quickly dashed and his life forever changed when news broke of a clash in downtown Portland between soldiers from the Oregon National Guard and hundreds of anarchist protesters suddenly turned violent and, by one anchor’s account, blood-thirsty and cannibalistic.As the first waves of injured bystanders, Guardsmen, and rioters arrived at hospitals in and around Portland, it became apparent that a deadly new disease had been unleashed on the population.Whether the virus was naturally occurring or an escaped lab experiment Cade hadn’t a clue, and he wasn’t especially concerned until he learned of its unprecedented virulence, unusual method of transference, and the fact that, according to the talking heads on the news, it brought the newly dead back to life, semi-mindless, and with an insatiable desire to feed on the flesh of the living.Armed with this new information and now seeing the bigger cities such as Washington D.C., New York, and Los Angeles rocked by the rapidly spreading scourge, Cade ignores the volley of contradictory edicts drawn up by the White House and set into motion by FEMA and DHS, dusts off his tools of war, and loads his truck with supplies.Unable to get ahold of Brook and Raven and unwilling to leave them at the mercy of some distant politician’s inability to hold the nation together, he begins an impossible 3,000 mile journey across a reeling United States with presumably millions of infected in his path and only one acceptable outcome: find Brook and Raven alive—or die trying.Edited by Monique HappyMonique Happy Editorial Services