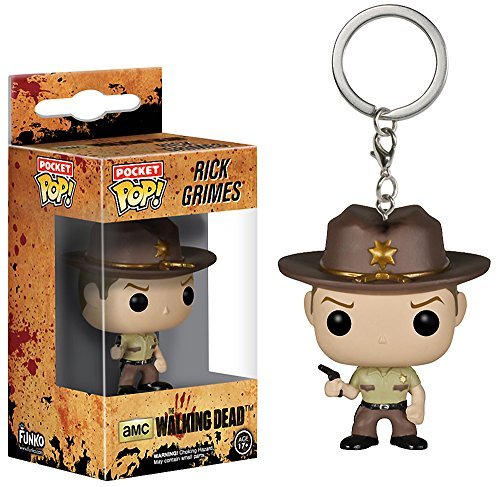 POP! is a crossover vinyl figure series by Funko and other famous franchises such as Disney, Pixar, DC Comics, Marvel Comics, Star Wars, Simpsons, South Park, Uglydoll, etc. Each POP! figure is about ~3" to ~4" tall and crafted in a Japanese anime/manga super-deformed style (NOTE: due to the unique design of each character, the actual size of the figures may be smaller or bigger than stated.)The Pocket POP! Keychain x Walking Dead series feature characters from the hit TV drama that is based on a comic book series. It tells the story of a small group ...
Buy Now