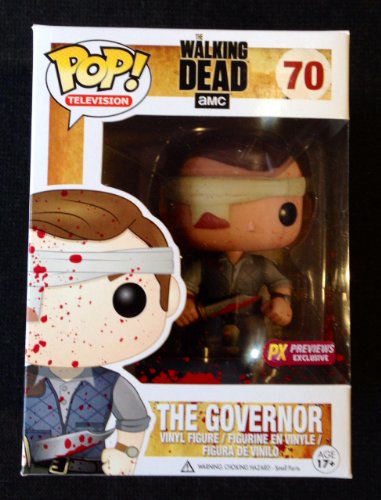 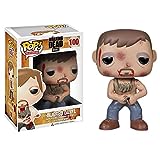 Funko Pop! Television: The Walking Dead - Injured DarylAnother series of Walking Dead POP. from Funko. Check out this new version of Daryl as Hunter Daryl from AMC's hit TV show The Walking Dead.Straight out of The Walking Dead TV show on AMC comes an excellent rendition of actor Norman Reedus' Daryl Dixon in hunter mode! Merle Dixon's slightly more civilized survivalist brother will make a great addition to your vinyl figure collection. This Pop! Vinyl features an injured Daryl Dixon as seen in Season 2 where Daryl falls off a horse down the side of a cliff. A bloodied Daryl has an arrow through the left side of his stomach and is shown with the walker ears tied to his neck. Standing 3 3/4-inches tall, The Walking Dead Walker Hunter Daryl Dixon Pop! Vinyl Figure is one item fans of the AMC TV series won't want to miss out on!FEATURES:One of five figures in the new seriesCheck out the other Walking Dead Series 4 POP; Vinyl Figures from FunkoStands 3.75 Inch tall