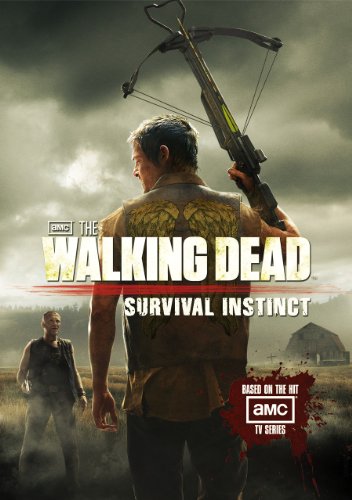 The Walking Dead: Survival Instinct is a first-person action survival game that brings to life the authentic, heart-stopping horrors of the AMC hit TV series The Walking Dead. In the game, players assume the role of the mysterious, crossbow-wielding survivor Daryl Dixon, brought to life by TV series star Norman Reedus, alongside his overbearing brother Merle, voiced by Michael Rooker. Key Features: Experience firsthand the terror, drama and action of the Emmy award-winning AMC show as it invades your living room in this first-person action game developed by Terminal Reality Trek across zombie-ridden, post-...
Buy Now

I only fight when I am forced to protect the world from those who would pit machines against man. From Capcom's video game franchise, Mega Man, comes a Pop! Vinyl Figure of the popular protagonist! This Mega Man Pop! Vinyl Figure measures approximately 3 3/4-inches tall and comes packaged in a window display box. The Funko POP! Games: Megaman Vinyl Figure - Mega Man Features: 3.75 inches tall Window display box Funko is a pop culture licensed-focused toy company located in Everett, WA. Funko currently holds more than 150 licenses including, but not limited to; Lucas Films, Marvel, Hasbro, The Walking Dead, Game of Thrones, DC Comics, NBA, Sanrio, and Disney. Funko's Pop! Vinyl is the number one stylized vinyl collectible in the world with over 10 million units sold in the last three years.

There are five Tough Decisions noted in the Walkthrough. Each of these is catalogue by the game and the choice you make will directly affect the events of the future episodes.

The Walking Dead: Game of the Year Edition

The Biggest Zombie Franchise the World Has Seen. Telltale's The Walking Dead is set in the same world as Robert Kirkman's award-winning comic book series. This Game of the Year collection includes all five episodes of Season One of The Walking Dead and includes '400 Days', a special episode that was previously available only as downloadable content. Telltale's The Walking Dead is made up of five episodes that each won numerous high-score accolades and editor's choice awards. Together, as one season, they won over 90 Game of the Year Awards from around the world, plus prestigious BAFTA Awards, proving that a zombie game didn't need to be all about guns, and that gamers would respond fanatically to a deeply emotional story that would leave them craving more.