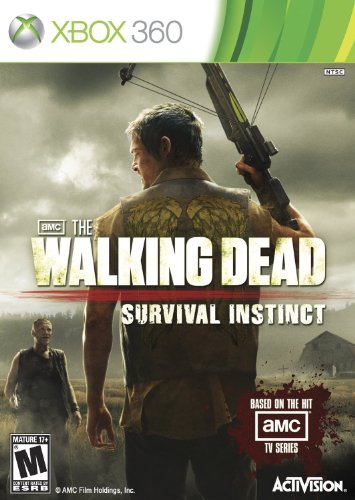 The Walking Dead The Complete First Season (Xbox One)

Walking Dead Game of the Year Edition: Features the complete first season plus the special episode, 400 Days. Bonus download: Includes the original game soundtrack* The Walking Dead is an award-winning vision of Robert Kirkman's global hit comic book series. With over 80 Game of the Year Awards and numerous other accolades, this game of choice and consequence has made gamers around the world understand and experience the true horror and emotional impact of being a survivor of an undead apocalypse Play as Lee Everett, a convicted criminal, who has been given a second chance at life in a world devastated by the undead. With corpses returning to life and survivors stopping at nothing to maintain their own safety, protecting an orphaned girl named Clementine may offer him redemption in a world gone to hell. You will meet people and experience events that will impact the story of Deputy Sheriff Rick Grimes, and you'll be forced to make immediate decisions that are not only tough, but that will have a direct effect on the story you experience. You will have to live with the profound and lasting consequences of those decisions throughout the game. The undead are everywhere, but they're not your only problem. Starvation, betrayal, heartbreak and more will challenge you as you attempt to survive in the world of The Walking Dead. Winner of over 80 Game of the Year awards and two BAFTAs, including best story Average Metacritic rating of over 90% Based on Robert Kirkman's Eisner-Award winning series A tailored experience based on the decisions you make; your choices and actions change the game around you Horrific moral dilemmas to test you at every turn Unique visuals inspired by the comic book series A dark, suspense-filled and emotional adventure horror game unlike any other