It's a plush. It's a figure. It's Funko's Fabrikations! Get your very own version of Daryl Dixon as a figural plush that can stand up! This Walking Dead Daryl Dixon Fabrications Plush Figure features the crossbow wielding hero as a 6-inch tall plush with a bit of figural structure. He's even got a rotating head and character-specific accessory!
Buy Now

The characters from the frighteningly popular horror game Five Nights at Freddy's are sneaking into Funko! During the day Freddy Fazbear's Pizza is a place of joy, where kids and parents alike enjoy the entertainment from the main attraction the animatronic Freddy Fazbear and friends! But, at night, things start to change and those characters start to go missing! The Funko Five Nights at Freddy's 6 inch Plush Figure - Freddy Features: 6 inch plush Collectible Funko is a pop culture licensed-focused toy company located in Everett, WA. Funko currently holds more than 150 licenses including, but not limited to; Lucas Films, Marvel, Hasbro, The Walking Dead, Game of Thrones, DC Comics, NBA, Sanrio, and Disney. Funko's Pop! Vinyl is the number one stylized vinyl collectible in the world with over 10 million units sold in the last three years. 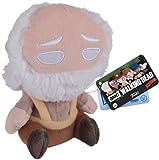 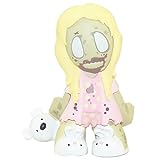