Keep fresh in these cool zombie threads. From zombie hats and hoodies to zombie shirts and socks. Note: We in no way guarantee that zombie clothing will continue to be fashionable upon the zombie apocalypse.

Show your love for the Walking Dead with this shirt!

Show off TARINA TARANTINO's signature style when donning a chic and sultry skull pair of earrings from the ICONIC collection. Accented with crystals, this edgy piece gives your everyday look charm and personality.

From Ape to Man to Zombie t shirt, this lays out evolution the way it will play out over the next decade or so. it's like getting a secret glimpse in to the future, assuming you've accepted that we'll all evolve in to Zombies (we will). Have you tried a Crazy Dog T-shirt yet? Just Wait until you slip on one of these super soft tees. You'll instantly fall in love! Not only are they printed on super soft cotton but the tees fit great too. Try one and you won't go anywhere else! With over 900 designs Crazy Dog is the online destination for your favorite tees. Many of our designs are available in mens, womens, and youth sizes and come in a variety of different colors. Check our store to see them all!

Black & Grey Walking Zombies Art Under Red Logo - Off The Big Screen And On To One Of these Awesome Shirts! These T-Shirts Feature Scenes And Sayings From Some Of The Best Movies Of All Time. All Shirts Are 100% Cotton And Machine Washable.

It's a Wonderful Death

Seventeen-year-old RJ always gets what she wants. So when her soul is accidentally collected by a distracted Grim Reaper, somebody in the afterlife better figure out a way to send her back from the dead or heads will roll. But in her quest for mortality, she becomes a pawn in a power struggle between an overzealous archangel and Death Himself. The tribunal presents her with two options: she can remain in the lobby, where souls wait to be processed, until her original lifeline expires, or she can replay three moments in her life in an effort to make choices that will result in a future deemed worthy of being saved. It sounds like a no-brainer. She?ll take a walk down memory lane. How hard can changing her future be?But with each changing moment, RJ?s life begins to unravel, until this self-proclaimed queen bee is a social pariah. She begins to wonder if walking among the living is worth it if she has to spend the next sixty years as an outcast. Too quickly, RJ finds herself back in limbo, her time on Earth once again up for debate. RJ is a snarky, unapologetic, almost unredeemable, very real girl. Her story is funny and moving, and teens will easily connect with her plight. Prepare to meet the Grim Reaper, who?s cuter than you?d expect; Hawaiian shirt?wearing Death Himself; Saint Peter (who likes to play Cornhole); and Al, the handler for the three-headed hound that guards the gates of Hell. This cast of characters accompanies RJ through her time in the afterlife and will do their best to gently shove her in the right direction.

Wear this Walking Dead tee as a reminder to those not yet infected. The black 100% cotton shirt features the words "Don't git bit" in a red toned zombie design with various blood splatter. Fans of the show can warn others in this medium weight tee.

Do you plan on indulging in some adult beverages this St. Patricks Day. Then maybe you'll end up looking like these guys. This kelly green, 100% cotton soft juniors t-shirt features drunken zombies rising from the dead with their favorite accessory in hand, a beer! This one of a kind shirt also features the words The Walking Drunk. Don't forget to order yours today

The zombies are reaching for you on this black 100% cotton tee from The Walking Dead. The blood splattered show title has a visible pixel graphic, while the clawing hands have a chalk like effect. Fans of the show won't want to miss out on the bloody design on this medium weight shirt. 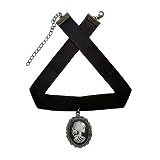 This is a smaller version of our best selling Zombie pendant on a delicate satin ribbon.

A Terrapin and Marching Bear walk hand-in-hand into the light, their shadows falling tall behind them. The signs read Bears for Biodiversity and Slow the PACE. Printed on an off-white, women's long sleeve made with 100% organic cotton. The perfect sweet and sentimental shirt for Eco-minded Deadheads

This Is My Walker Killing Shirt & Blood Splatter Above Logo - Off The Big Screen And On To One Of these Awesome Shirts! These T-Shirts Feature Scenes And Sayings From Some Of The Best Movies Of All Time. All Shirts Are 100% Cotton And Machine Washable.

Do you plan on indulging in some adult beverages this St. Patricks Day. Then maybe you'll end up looking like these guys. This brown, 100% cotton short sleeve t- shirt features drunken zombies rising from the dead with their favorite accessory in hand?a beer! This one of a kind shirt also features the words The Walking Drunk. Don't forget to order yours today