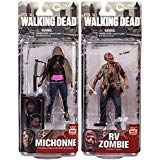 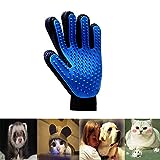 This is a first quality, tough plastic mold made by one of the leading manufacturers of candy and soap molds in the United States. The mold comes packed in a sealed, protective poly bag with exclusive, copyrighted Cybrtrayd molding instructions. It is durable and reusable. Made of clear PETG plastic. Not for use with hard candy. Cannot be washed in dishwasher. FDA approved for use with food preparation. Not suitable for children under 3.

Go on adventures across the universe with Rick and Morty. In what may be a science experiment gone wrong (or gone delightfully right), Rick has turned into a Pop! Vinyl figure. The Rick and Morty Rick Pop! Vinyl Figure measures approximately 3.75-inches tall and comes packaged in a window display box. The Funko POP! Animation: Rick and Morty Vinyl Figure - Rick Features: 3.75 inches tall Window display box Funko is a pop culture licensed-focused toy company located in Everett, WA. Funko currently holds more than 150 licenses including, but not limited to; Lucas Films, Marvel, Hasbro, The Walking Dead, Game of Thrones, DC Comics, NBA, Sanrio, and Disney. Funko's Pop! Vinyl is the number one stylized vinyl collectible in the world with over 10 million units sold in the last three years. 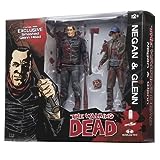 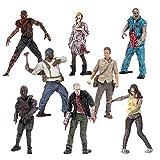 McFarlane Building Sets Blind Bag program lets you build your own horde of walkers, or group of surviving humans to recreate the post-apocalyptic world of the hit television series, AMC's The Walking Dead. Each blind bag contains five to seven interchangeable body parts to help bring a favorite character or a flesh-eating walker to life. Each 2" figure is in scale with The Walking Dead Building Sets (sold separately). Construct your army of survivors and hordes of Walkers, then recreate your favorite scenes from the show. Please note Human and Walker figures will vary. McFarlane Toys is bringing a revolutionary evolution in brick building toys that allows collectors and fans to literally build their favorite scenes with these highly detailed and realistic construction line. Each set brings immaculate detail, iconic environments, and convincing sculpts, all at an unpredicted size. Add multiple characters to your scenes, combine builds, or just enjoy your awesome creations on their own.

Daryl protects your computer from being eaten by zombies! This Walking Dead Daryl Dixon Computer Sitter Bobble Head features the crossbow-toting hero from the hit AMC series as an adorable little bobble head! 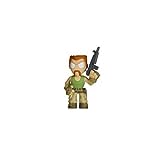 A former police officer, Rick Grimes has always been a leader amongst the group of Atlanta survivors. Over the seasons, his personality has evolved as he continuously tries to relinquish leadership in order to protect his own family. After numerous threats and the loss of his wife Lori, Rick is in a continuous battle both mentally and morally.