Straight out of the Walking Dead television show on AMC comes an excellent rendition of the Atlanta Camp Survivors, Daryl Dixon - crossbow at the ready - in adorable Pop. Vinyl form.

In a quaint New England town with a history of witches and pilgrims, misunderstood eleven-year-old Norman Babcock can see and talk to ghosts. No one believes him, of course. But when a folktale of a witch who cursed her accusers turns out to be true, it's up to Norman to save the town from pilgrim zombies! He'll also have to take on a very angry witch, an annoying sidekick, his boy-crazy teenage sister, and dozens of moronic grown-ups who get in his way. This young ghoul whisperer finds his paranormal talents pushed to their otherworldly limits in this hilarious and spooky adventure! This 4-inch Zombie Will London figure comes in four-color blister card packaging, and includes a display base. 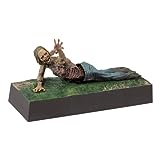 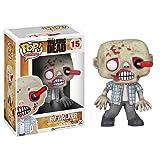 McFarlane Toys Series 5 Flashback Figure with New head sculpt. From the TV Series The Walking Dead, Shane Walsh may be gone, but he definitely won't be forgotten!

Series 2 of The Walking Dead Mystery Minis are coming for you!This series includes even more of your favorite characters and grisly walkers!