In a world filled with flesh-eating zombies, humanity must become savage to survive. This issue features ex-lawyer Michonne turning the tables on her sadistic captor the Governor - who Wizard Magazine named "Villain of the Year."

Do you plan on indulging in some adult beverages this St. Patricks Day. Then maybe you'll end up looking like these guys. This black,100% cotton soft juniors t-shirt features drunken zombies rising from the dead with their favorite accessory in hand?a beer! This one of a kind shirt also features the words The Walking Drunk. Don't forget to order yours today

Walking Dead Dale and Zombie Mini Figures: Based on the long-running comic series The Walking Dead, each Minimate stands 2 inches tall and includes a variety of interchangeable parts and accessories. As the owner of a large camping vehicle, Dale is an invaluable member of the small band of survivors, and has made the group feel welcome in his mobile home. His outlook may be pessimistic, but that doesn't mean he's wrong. This set includes RV enthusiast Dale, as well as a female zombie! UPC: 699788101070 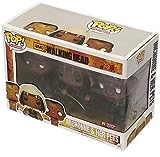 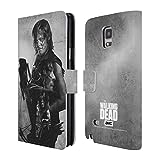 Will be shipped from US. Used books may not include companion materials, may have some shelf wear, may contain highlighting/notes, may not include CDs or access codes. 100% money back guarantee.

Funko is a company that provides the planet with terrific bobble heads and vinyl figures from a variety of genre and a number of licensed properties. Funko was founded in 1998 to bring back low-tech toys in the high-tech world of today, and the company's first manufactured item was of the restaurant advertising icon known as "Big Boy." With the success of this initial creation, the extremely popular Wacky Wobbler line of bobble head figures was born.Wacky Wobbler is a crossover bobble head figure series by Funko and other famous franchises such as Disney, Pixar, DC Comics, Marvel Comics, Star Wars, Simpsons, South Park, Uglydoll, etc. (NOTE: due to the unique design of each character, the actual size of the figures may be smaller or bigger than stated.)Bring home the following characters from the Walking Dead: Rick Grimes, Daryl Dixon, Michonne, RV WalkerThe Mini-Wacky Wobbler series is made up of the items below (EACH SOLD SEPARATELY): • BCC9621010-08R803040024 (Walking Dead)• BCC9NY54-08R8030U042 (Duck Dynasty)• BCC9N12I-08R8030Q750 (Sons of Anarchy) 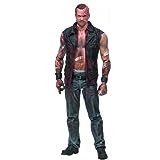 A relatively new addition to The Walking Dead, Dwight was introduced in the memorable "Something to Fear" storyline surrounding the series' shocking 100th issue. A top lieutenant of Negan and his so-called "Saviors," Dwight led an attack on Rick's group in the Alexandria safe zone. Using his signature crossbow, Dwight suddenly and unexpectedly killed a major character, dealing a crushing blow to the sheltered community. Life under Negan's rule has not been kind to Dwight. When his wife disobeyed Negan's draconian rules, he punished them both by branding and scarring Dwight's face with a hot iron. Such treatment has pushed Dwight to rebellion. Now a double-agent, Dwight is working with Rick and the combined forces of Alexandria, the Hilltop and the Kingdom to overthrow the ruthless dictator. Our figure of Dwight features the scarred Savior in his sleeveless shirt and vest, complete with bandages and burned face. Figure includes Dwight's crossbow and a hook to attach it to his belt. 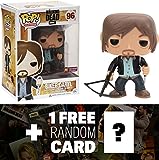 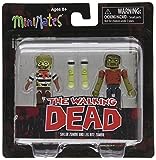 Based on the hit AMC TV show, The Walking Dead. Over 400 questions will challenge even the most savvy survivors! Players start as humans, but a few wrong answers will get you turned into a Walker!

First printing. 1st appearance of Michonne. Highly sought after issue in the series.