Store Home » Everything Else Zombie

Whatever we couldn't fit into any of the above categories we've had to jam into a section called 'Everything Else Zombie.' I bet there's some awesome zombie stuff in here. Just saying!

Fight zombie breath with Umbrella Corporation Outbreak Mints! Each tin is filled with 0.6 oz of mints that are shaped like the Umbrella Corp. logo. 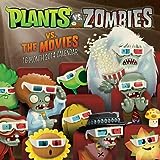 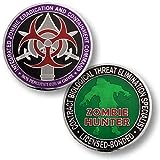 They shoot zombies in the head and get a handful of coins - the most satisfying of which is this one, made only for registered Contract Zombie Hunters, but now available to you, too.The relentless march of countless un-dead, dragging themselves towards the few remaining humans in an unstoppable wave of apocalyptic death and destruction...it's the stuff of nightmares. But it can happen. These guys are prepared, and can do well what they have been hired to do. Kill zombies.The sheer masses of zombies vastly outnumber the licensed zombie hunters. But it's why the finely-honed skill and expertise of the Contract Zombie Hunters for the Integrated Zombie Eradication and Containment Command are in high demand.While they are rewarded by our appreciative tears of joy, their brotherhood is signified by this IZECC Contract Zombie Hunter Challenge Coin. The "Contract Zombie Hunter" coin is superbly minted in shiny nickel with a stone polish cloisonné finish on both sides for durability - now and through the coming zombie apocalypse.The obverse of this finely-crafted token of gratitude features the Seal of the Integrated Command containing a Special Forces spear, a biohazard symbol and crossed swords indicating service in the Zombie Wars.The reverse, with the blood-red wording of "Zombie Hunter" above a successful kill rendered in ghoulish undead green, is carried by every Contract Zombie Hunter not just as evidence of license and bonding, but of their status as a successful zombie eradication machine. Carry the IZECC "Contract Zombie Hunter" Challenge Coin in solidarity for the miserable brave few who could be digging ditches, changing tires, or amortizing assets, but have instead pledged to protect human lives by eradicating the undead. 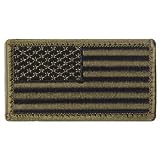 This 2-pack of Spooky Lip Lollipops are a fantastic way to add extra fun to you Halloween fun. As you wear this lollipop in your mouth, it doubles as a costume accessory since it is attached to a plastic monsterishly frightening mouth decoration. The type of monster mouth you receive will vary between vampires and zombies! Colors also vary. Which monsters will you be? 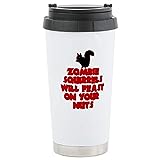 CafePress brings your passions to life with the perfect item for every occasion. With thousands of designs to choose from, you are certain to find the unique item you've been seeking. This stainless steel travel mug is some serious drinkware, and is an insulated coffee mug that will make you smile with every use. The double wall vacuum insulated tumbler keeps all 16 ounces of your favorite beverage hot or cold, and the leak resistant lid with a carrying handle keeps the contents inside. This travel mug fits most car cup holders for an easy commute to work. Care couldn't be easier, as this insulated mug is also dishwasher safe. And with CafePress, your satisfaction is always our promise...buy with confidence, as we offer easy returns and exchanges and a 100% money back guarantee. 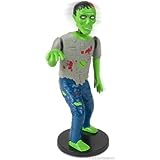 Zombie Art Wall Calendar: Zombies continue to morbidly fascinate, through books, film and also TV. This eye-grabbing selection of images by artists such as The Gurch, Chris Shehan and Christian Quinot portray the modern zombie in all its post-apocalyptic doom and dread. Informative text accompanies each work and the datepad features previous and next month's views.A must-have for zombie admirersInformative text accompanies each workPrevious and next month viewsObserves major holidays 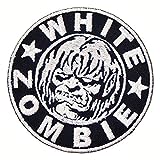 Patches can be decorated on your clothes, jeans, jackets, bags, shirt etc. Best of gift. Product by Cotton. 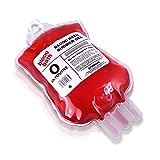 Just when you thought Spinning Hat was all bloodied out, what should creep out from the dark shadows of their design studio, but the latest addition to the famous Blood Bath family – Blood Bath Shower Gel. Now you can bathe yourself in true horror movie style, and recreate your favorite scenes from Dracula, Psycho, and Twilight with their ultra realistic bag of blood shower gel. Forget about Cocoa Butter and Honey Jojoba, all the vampires nowadays are washing in cherry scented bags of blood shower gel – didn’t anyone tell you? So after a tough day battling against werewolves and the armies of undead zombies, what better way to freshen up before nipping out for a bite to eat down your local morgue, than a hot shower and a good scrub down with our cherry scented Blood Bath Shower Gel. 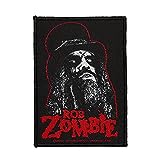 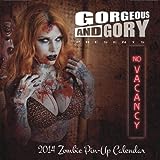 No Vacancy - the 2014 Zombie Pinup Calendar from Gorgeous & Gory! The brain-eating babes you've come to love over the past 4 years are bringing you 12 more months of brutally beautiful photos. Check into a room with this new calendar, and you'll soon forget all about hot tubs and free cable! This calendar is of superior quality, unmatched aesthetics, and endless allure.

Zombie Head Molded Ceramic Coffee Mug. This quality mug holds 16 ounces and is sure to make a great gift! Intricate & gruesome details make this mug an awesome addition to your Halloween décor! 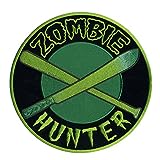 An embroidered Zombie Hunter patch with hook and loop backing for easy application onto military shirts and uniforms. All patches are designed in the USA and feature original Hot Leathers artwork you will not find anywhere else. High thread count embroidery contributes to high quality and long lasting durability of our superior patches. Unmatched when it comes to bright colors and intricate, incredible designs, our patches are created for easy sewing onto your favorite jacket or vest. Customize your Hot Leathers gear with one of our embroidered patches. We guarantee you'll find a favorite amongst our many designs. 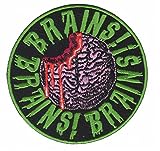