SPECIAL FEATURES Commentary by Director Kevin S. Tenney, Producer Greg McKay and members of the Cast Behind the Screams!: The Making of Brain Dead Documentary Blooper Reel and Deleted Scenes with Optional Commentary Theatrical Trailer SYNOPSIS What do a pair of escaped convicts, a preacher and his assistant, and a pair of pretty hikers have in common? They re all delicious. After an extraterrestrial parasite crash-lands in a backwoods American town landing squarely on the head of a local fisherman it sparks a fast spreading zombie infestation. As the brain hungry monsters multiply, three pairs of unlucky misfits convene on a fishing lodge for shelter. With zombies pounding at the door, the stranded, mismatched travelers must band together to stop the invasion or serve themselves up as a main course. The problem is, they may lose their minds to each other before losing their brains to the zombies. Full of ingenious gore effects, nudity and witty banter, Brain Dead is just as much a parody of classic zombie films as it is a clever update to the beloved genre.

Timothy Balme, Diana Penalver. When his demanding mother becomes a blood-hungry zombie looking for victims, a devoted son tries to keep her actions a secret from the neighbors. Considered one of the most violent, gory horror films of all time! 1992/color/97 min/unrated/widescreen.

Adam Simon (Carnosaur) made his directoral debut with this mind game of a movie. Based on a decades-old screenplay by former Twilight Zone contributor Charles Beaumont, Simon dusted off and updated the script about an experimental brain researcher (Bill Pullman) who agrees to dig into the gray matter of a schizophrenic scientist (Bud Cort), only to fall prey to his patient's psychosis. Or maybe he's just plain nuts. Spiced with a bizarre sense of humor (Pullman wrestles over a brain specimen in a jar with a homeless man who tries to grab it: "That's my brain!"), Pullman's ordeal takes one hairpin turn after another as he becomes lost in a maze of alternate realities, no longer able to sort fantasy from reality or paranoia from persecution. This clever puzzle of a film overcomes low-budget restrictions with a deviously inventive story that echoes Brazil and quotes from The Manchurian Candidate and North by Northwest. Bill Paxton costars as a smarmy corporate manipulator with slicked back hair and a get-rich-quick scheme for a chain of brain surgery boutiques ("The New You, by Eunice!"), and George Kennedy is his bottom-line boss. Director Simon may be most famous for playing himself in a jokey cameo in Robert Altman's The Player. --Sean Axmaker

"A brilliant puzzle-film with a chillingly good story that offers the same kind of pleasure as THE SIXTH SENSE, which it predated. Riveting intense performances by Bill Pullman and Bill Paxton pull you into a harrowing and haunting world." -- Roger Corman ~~The Eunice Corporation is on the ground floor of an exciting growth industry, utilizing a memory resculpting technique bioneered by eccentric neurosurgeon Rex Martin. It envisions nationwide clinics where anyone can lose their hang-ups of an unhappy childhood, a failed romance, or a botched career. At Eunice's "New You" outlets, a simple operation will give customers peace of mind. Or it might leave them brain dead. But when Martin refuses to cooperate, he soon finds himself plunged into a surreal existence that intertwines dreams and reality. Has Martin slipped over the edge into madness? Or have corporate profit mongers given him a push, making him the guinea pig in his own experiment? To know the answer is to know the terror!~ 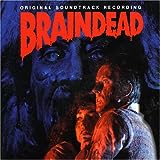