Dawn of the Dead Action Figures 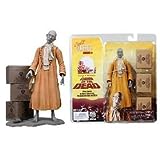 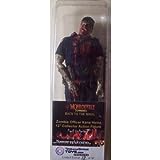 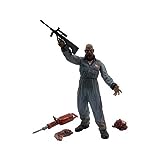 Transformers Battlefield Statues are here! When Optimus Prime and Megatron collide, the battle is so intense that even Primus holds his breath! Fearless leader of the heroic Autobots pitted against the ruthless leader of the evil Decepticons! Their rivalry is one of the most explosive ever in Transformers history. One thing is for sure, the damage left in the aftermath is nothing short of extreme! 13 inches tall and limited to 1,850 pieces worldwide. Features: Multiple REP (Replaceable Exterior Parts) 1 Extra Head for Megatron (with Detachable Helmet) Ever wondered what Megatron looked like under his helmet? Wonder no more! Fully exposed! Featuring an interchangeable head with detachable helmet and scared face. 1 Extra Hand for Optimus Prime Want Optimus Prime to be posed to do a spinning right backhand? No problem! Featuring an interchangeable hand. Mini-poster from Transformers artist extrodinaire, Little Iron Highly detailed base that will interconnect to the successive statues in the Battlefield series to create the ultimate battle scene.

Dawn of the Dead was George Romero's high point in his film career. The movie topped the infamy of the classic Night of the Living Dead, and became a legendary cult favorite to watch on any given Halloween! Now from the '70s classic comes the Hare Krishna zombie, complete with tambourine, cardboard boxes, and a stockroom display base that's modeled from scenery straight from the film!

In Land of the Dead, legendary filmmaker George A. Romero brought you his ultimate Zombie Masterpiece. Now SOTA Toys bring you the ultimate zombie action figures! The 'Land of the Dead' 7-inch scale action figure assortment includes Blade (Tom Savini), The Butcher (Boyd Banks) and Big Daddy (Eugene Clark). Each zombie comes with part of a diorama base as well as body parts of a victim ripped apart by zombie teeth. These body parts can be reconfigured into the man he used to be... missing a few bits here and there.

THIS IS A MONSTER/HORROR THEMED COLLECTIBLE ACTION FIGURE TOY.