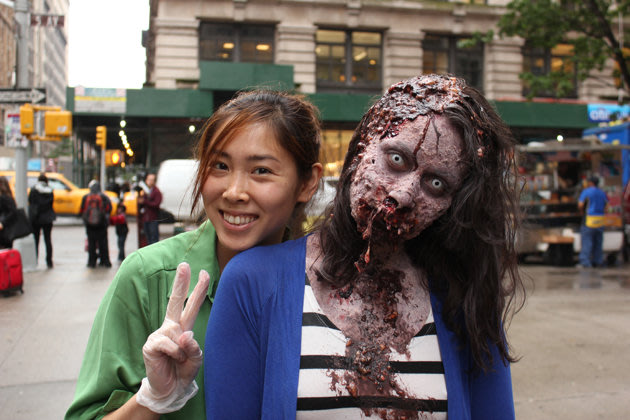 Recently, AMC teamed up with viral marketing agency Thinkmodo to unleash a horde of supremely gross zombies on the streets of Manhattan. Makeup artist Sue Lee expertly created them. They were dressed up as in appearance of paramedics, mail carriers, and the crew just filmed bystanders' reactions to the undead invasion. The clip gone viral and racked up 2.5 million views in less than a week. Michael Krivicka, who is the co-founder of Thinkmodo says, "We shot this video over the course of eight days in various parts of Manhattan with 13 different zombie characters. The challenge was to keep the zombies hidden and have them pop up at the right moment to scare people and crowds." The message of the video was to make satellite-TV provider Dish Network to restart their services, which dropped the network last month. The clip ends with a walker dragging a Dish satellite behind him, with the tagline, "Zombies don't belong here. Put them back on TV."