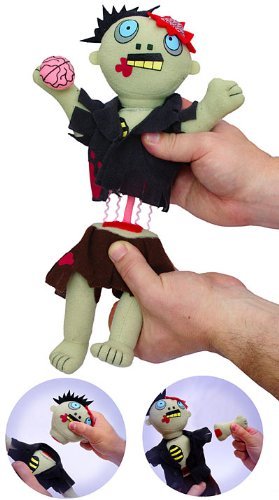 What happens when you take old broken plush toys and bury them in the woods by the light of the full moon while whistling the theme song from "Halloween"? Unfortunately nothing...which is why the skillful design monkeys here at ThinkGeek were forced to come-up with our own scary (but cute) zombie plush. The Dismember-Me Plush Zombie begs to be torn limb from limb. After all he is a decaying re-animated corpse turned into irresistible cuddly plush. Rip off an arm... he doesn't mind. Tear him in half.. he'll barely notice. Pull off his legs... ...
Buy Now 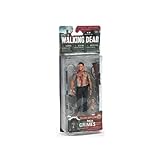 McFarlane toys joins forces once again with AMC to create revolutionary collectible figures from the network's hit series, 'The Walking Dead." The small-town sheriff's turned-hero and leader of the survivors during the zombie apocalypse, Rick continues to struggle with his moral convictions in season two. Rick is depicted in a brand-new sculpt in his civilian attire, prevalent in season two. Figure features interchangeable hands to hold multiple weapons, along with 14 points of articulation. Additional accessories include removable revolver, rifle with strap, and animal control stick for zombie catching. 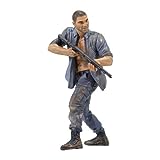