In Resident Evil 4 you'll know a new type of horror, as the classic survival-horror action returns with all-new characters, controls and storylines. We last saw Leon S. Kennedy in Resident Evil 2 - a rookie cop in Raccoon City, fighting to stay alive. That was six years ago. Since then, government forces have managed to control the zombie threat and Leon has become a Federal agent. When the President's daughter is kidnapped, Leon tracks her to a remote, hidden fortress in Europe - where he'll relive the horror he faced six years before. Players will face never-before-seen enemies that make Nemesis seem like a kitten. You'll be wishing for the usual Resident Evil zombies!

Intended for mature readers, this novelization of the video game from Capcom continues the story of the men and women who combat a vast and sinister conspiracy involving secret bioweapons experiments in a place called Raccoon City.

When former outlaw John Marston wakes up at his farmhouse, he finds a world gone insane: overnight, deranged hordes have overrun the towns and outposts of the American frontier. In a desperate attempt to save his family, Marston must traverse a world torn apart by chaos and disorder, using every skill he has to survive long enough to find a cure.

The highly virulent C-virus became a global disaster, but where did the outbreak start? In this prequel to the hit Resident Evil 6 game, the terrifying origins are revealed. Overrun by zombies, Marhawa Academy has been transformed into an image of hell by Nanan, now a bio-organic weapon, and her gas spray. Three members of the Bioterrorism Security Assessment Alliance, Chris, Piers and Merah, finally arrive on the scene of the pandemic. But what should have been a ray of hope for Ricky quickly turns again to despair?

Get ready to soil your plants! Play five game modes: Adventure Mini-Games Puzzle and Survival plus the stress-free Zen Garden. Conquer all 50 levels of Adventure mode through day night and fog in a swimming pool and on the rooftop. Battle 26 types of zombies including pole-vaulters snorkelers and bucket-heads. Winner of over 25 Games of the Year awards. Awesome new bonus content: Make your own zombie with the Zombatar and earn 20 achievements. Includes Limited Edition Zombie collectible figurine.Format: WIN 2000XPVISTAWIN 7/MAC OS X10.4.11 OR LATER Genre: ENTERTAINMENT Rating: E10+ Age: 899274002472 UPC: 899274002472 Manufacturer No: 1006-2472

Injustice Gods Among Us Year One

Inspired by the video game phenomenon, INJUSTICE: GODS AMONG US YEAR ONE?THE COMPLETE EDITION collects the initial year of the best-selling series in its entirety for the first time! Superman is Earth?s greatest hero. But when the Man of Steel can't protect the thing he holds most dear, he decides to stop trying to save the world?and start ruling it. Now, the Last Son of Krypton is enforcing peace on Earth by any means necessary. Only one man stands between Superman and absolute power: Batman. And the Dark Knight will use any method at his disposal to stop his former friend from reshaping the world in his shattered image. Written by Tom Taylor (EARTH 2) with art by Jheremy Raapack (RESIDENT EVIL), Mike S. Miller (A Game of Thrones) and more, this thrilling graphic novel collects INJUSTICE: GODS AMONG US digital chapters 1-36 and in single magazine form as INJUSTICE: GODS AMONG US 1-12 and INJUSTICE: GODS AMONG US ANNUAL 1. 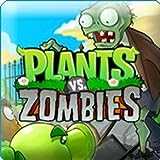 Plants vs. Zombies is one of the best selling apps of all time!2011-2012 Game of the Year!You will learn how to beat the zombies with this guide.This book will give you everything you need to master this game!

Shadows of the Damned

Product Description His name is Garcia Hotspur, hunter of demons, and his wrath will bring hell to its knees. From the creative genius of Suda 51 (No More Heroes) and Shinji Mikami (Resident Evil) comes an all-new psychologically twisted vision of hell unlike anything seen before. Shadows of the Damned combines visceral action with dark, grotesque horror to create a mind-shattering adventure that has to been seen to be believed. Synopsis When evil demonic creatures kidnap Garcias girlfriend, its up to him to travel to the City of the Damned to get her back. Aided by a former demon with the ability to transform into an array of vicious weapons, Garcia will once again take on the mantel of demon hunter and rip apart the horrifying forces of the underworld to protect what he loves most. Players must harness the power of the light to fight the army of the dark in unique light versus darkness gameplay that will forever change the way gamers perceive puzzles, combat, and terror. Combining the punk rock style of Suda 51 with the legendary horror design of Shinji Mikami, Shadows of the Damned will take gamers on an in-your-face thrill ride through demon-torn towns, shadow infested forests, grimy sewers and more. Featuring the most twisted boss battles ever seen, warped visuals and intense visceral combat, Shadows of the Damned will challenge gamers to break through the ultimate head-trip to help Garcia rescue his tortured girlfriend from the clutches of a mysterious enemy.

The fourth installment of the hugely successful Resident Evil franchise, Resident Evil: Afterlife is again based on the wildly popular video game series. In a world ravaged by a virus infection, turning its victims into the Undead, Alice (Milla Jovovich), continues on her journey to find survivors and lead them to safety. Her deadly battle with the Umbrella Corporation reaches new heights, but Alice gets some unexpected help from an old friend. A new lead that promises a safe haven from the Undead takes them to Los Angeles, but when they arrive the city is overrun by thousands of Undead - and Alice and her comrades are about to step into a deadly trap.

An Arcade Block exclusive! This metal key is a replica of one of the mansion keys found in the hit video game Resident Evil! There are four keys to collect (each sold separately): Helmet, Armor, Shield, and Sword.

Get ready to soil your plants with multiplayer action! A mob of fun-loving zombies is about to invade your home, and the only defense is your arsenal of home-guarding' plants! Enjoy the fun-dead action of the original game, plus lively new features. Get twice the zombie zapping action with 2-player Versus and Co-op modes. Upgrade your house in the interactive leaderboard. Plants vs. Zombies for PlayStation 3 is loaded with seven game modes, new rabblerousing features, and unlimited replayable action so the fun never dies!

THEY KNEW IT WASN'T OVER.... In the aftermath of their ordeal through the Umbrella Corporation's genetic research facility, the surviving members of the Special Tactics and Rescue Squad (S.T.A.R.S.) attempt to warn the world about the conspiracy to create terrifying biological weapons. But the conspiracy is far from dead, as the S.T.A.R.S. learn when they are declared outlaws by the very people who trained them. Forced to go underground, the S.T.A.R.S. resolve to battle the conspiracy on their own, determined to seek out and stop Umbrella's experiments wherever they may be. Combat medic and biochemist Rebecca Chambers, the sole survivor of Bravo Team, joins a new S.T.A.R.S. strike force when rumor comes of another Umbrellaexperiment: hidden beneath the rocky cliffs of Caliban Cove, Maine, someone isbuilding an army of the undead. Within a sinister lighthouse, through a complexmaze of sea caves, inside the shell of a sunken shipwreck, the S.T.A.R.S. mustbattle more unspeakable horrors and stop a madman from unleashing the biohazardupon the world. But the S.T.A.R.S. may never get the chance, as the aggressive DNA-altering virus Umbrella has engineered to create its living weapons begins to infect "them...." This first all-original "Resident Evil" bridges the events depicted in the bestselling games "Resident Evil" and "Resident Evil 2."