A unique gift/collectible for yourself, friends and family of all ages. Worldwide delivery available. Ultra High Quality A4 (29.7cm x 21 cm) Heavyweight Glossy Photo We ship items using protective packaging and board-backed envelopes. We stock thousands of photographic images, all of which are professionally printed at lab quality. 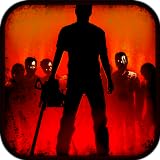 Living safely among the dead for so long can make you let your guard down. You forget how dangerous they truly are. Mistakes are made... lives are lost.

This is a The Walking Dead Authentic Signed 11X14 Photo that has been Personally Signed & Autographed by Andrew Lincoln. This item is 100% Authentic to include a Certificate of Authenticity (COA) / hologram by PSA/DNA #Z89152. Press Pass Collectibles offers a 100% Lifetime Guarantee on all Autographed & Signed Andrew Lincoln memorabilia.

The Fall of the Governor

The fourth book and epic finale to Robert Kirkman's New York Times bestselling series: The Walking Dead: The Fall of the Governor - Part Two! The Walking Dead original novel series, set in the universe of Robert Kirkman's iconic comic book, comes to a shattering conclusion withThe Fall of the Governor - Part Two. From co-authors Kirkman, creator of the Eisner Award-winning comic as well as executive producer of AMC's blockbuster TV series, and Jay Bonansinga, Stoker Award-finalist and internationally acclaimed author, comes this stunning finale to their ambitious chronicle of human survival amid the plague of undead, which began withThe Walking Dead: Rise of the Governor. In Rise of the Governor, uber-villain Philip Blake journeyed from his humble beginnings directly into the dark heart of the zombie apocalypse, and became the self-proclaimed leader of a small town called Woodbury. InThe Road to Woodbury, an innocent traveler named Lilly Caul wound up in the terrifying thrall of Phillip Blake's twisted, violent dictatorship within Woodbury's ever tightening barricades. InThe Fall of the Governor - Part One, Philip Blake finally revealed himself to be the true monster that he is, and the battle lines were drawn between the Governor and the desperate, beleaguered inhabitants of a nearby prison. Now, in The Fall of the Governor Part Two, the Governor's dark journey reaches its shocking, heartrending conclusion. In a roller coaster finale, war breaks out, all of the plot lines from the previous three novels converge, tensions boil over into unthinkable mayhem, and the dark destinies of those few left standing are sealed in a series of stunning twists.

This SARAH WAYNE CALLIES THE WALKING DEAD SIGNED AUTHENTIC 8X10 PHOTO PSA/DNA #X12156 has been certified authentic. It will include the PSA/DNA numbered hologram and matching Certificate of Authenticity.

This DANAI GURIRA THE WALKING DEAD SIGNED AUTHENTIC 11X14 PHOTO PSA/DNA #W79808 has been certified authentic. It will include the PSA/DNA numbered hologram and matching Certificate of Authenticity.

The Walking Dead: The Fall of the Governor Part One

In this uncertain world, Rick Grimes (Andrew Lincoln) and his band of survivors must not only fight the dead, but also face a whole new fear: the living. In this 16 episode season, the series Entertainment Weekly called the “greatest thriller ever produced for television”, Rick and his fellow survivors continue to seek refuge in a desolate and post-apocalyptic world and soon discover that there are greater forces to fear than just the walking dead. The struggle to survive has never been so perilous. This season also introduces new characters, including the Governor (David Morrissey) and fan-favorite Michonne (Danai Gurira), along with her zombie pets.