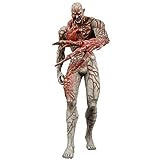 Resident Evil (known in Japan as Biohazard) is a survival horror video game series and media franchise consisting of comic books, novelizations, three films, and a variety of collectibles, including action figures, strategy guides and publications. The Resident Evil story begins with a deadly viral outbreak in a vast underground genetic research facility. The supercomputer that controls and monitors this facility responds by sealing the entire complex. Most employees end-up trapped, with no chance to escape contagion, and are turned by the virus into ravenous, zombie-like undead. Few survive.... Raccoon City is the small industrial city in the American Midwest where the Hive complex is located. People could not believe the survivors' reports. Stories of their incredible experiences and of strange biological weapons and zombies were beyond the townsfolks' imagination. So they are cast aside and forgotten. A month and a half later, trouble re-surfaces in the form of a series of inexplicable murders, and a strange disease begins invading neighborhoods. Its the T-virus. It is flowing into the city and turning unsuspecting citizens into zombies. Quickly, Raccoon City is on the brink of collapse... Here we have a Resident Evil Archives Jill Valentine 7 inch figure. Jill is a member of the STARS (Special Tactics And Rescue Service) Alpha team, which is deployed to investigate bio-terrorism events. She is unflinchingly tough, capable and effective. Not to mention easy on the eyes. Figure comes with a pistol, grenades, and several gas canisters. She's cute and sexy! A must-have for fans of the Resident Evil films and games.

Don't let the horn-rimmed glasses fool you: Dr. Gordon Freeman might be a geek but he's also the savior of humanity. This action figure from the half life 2 video game brings the heroic scientist to life in amazing detail! with over 20 points of articulation, this deluxe 7" scale figure is ready to strike amazing poses. Gordon comes with everything you need to free civilization from alien rule: two sets of interchangeable hands, gravity gun (zpefm if you must), crowbar and bug bomb accessories, plus a headcrab figure. Window box packaging. 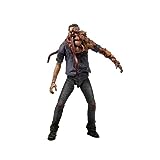 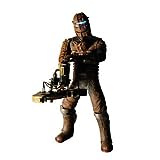 A brand new series based on the latest installment in the #1 rated survival horror video game franchise, Resident Evil! This series brings the return of Chris Redfield, his new partner Sheva, and the villain Executioner. Each figure stands 7" tall and comes with game accurate weapons and accessories. Chris and Sheva are highly poseable and can re-enact many of their signature action moves 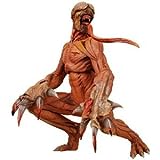 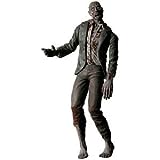 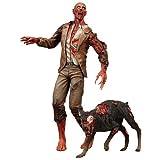 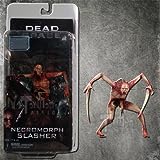